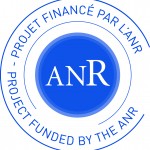 The extent of sea ice during summer in the Arctic Ocean is among the most sensitive indicators of the ongoing climate change. The Arctic sea ice is known to have a key role in determining the planet albedo, which is the ratio of reflected over incoming solar radiation.

During the last summer (2012) satellites have recorded an exceptional reduction of the Arctic sea-ice pack to an extent that none of the available large-scale numerical Global Climate models could predict [Schiermeier, Nature 489, 185-186 (2012)]. The observed ice loss has lead scietists to question their quantitative understanding of the dynamical and thermodynamical processes involved in the summer season melting and with it to reconsider several of the simplifying assumptions on which the current large-scale computer models are based. Approximations in large-scale models are unavoidable.

The range of spatial and temporal scales involved, extending over several decades, cannot be encompassed by any of the existing supercomputers. Therefore models relies on ad-hoc approximations, called parametrizations, derived from physical understanding or field measurements.

Features related to water ponds forming over melted ice are too small to be directly accounted for in large-scale sea ice and global climate models. How does the heat transfer occur in the ponds and how does that affect the large-scale sea ice mass balance? How does the melt progresses on the bottom and on the lateral walls of the ponds? How does the topography of the ponds, their surface and depth, evolve in the course of the summer season? All the above questions have been overlooked in the present models. Melt ponds and their surface topography are the key contributor, at the most important time of the year, to the surface albedo of the Arctic Ocean [Eicken et al., 2004], which is a key factor for the global climate. Presently, the main challenge in sea ice climate science is to physically improve the models in order to refine their predictive power.

This ANR JCJC project addresses the problem of the growth process of ice melt ponds in the Arctic during the summer season by focusing on the small-scale (~ few meters) mechanisms controlling the evolution of the basin topography of a single melt pond. In particular we study the phenomenology of the thermal convective flow in the pond, which is known to be highly turbulent [Taylor and Feltham (2004)], and its interaction with the phase-change mechanisms at the pond boundaries.

The goal of the present project is to reach a sound understanding on how fluid dynamics and phase-change processes contribute in determing the pond growth in order to provide useful guidelines for parametrizations in large-scale ice models. 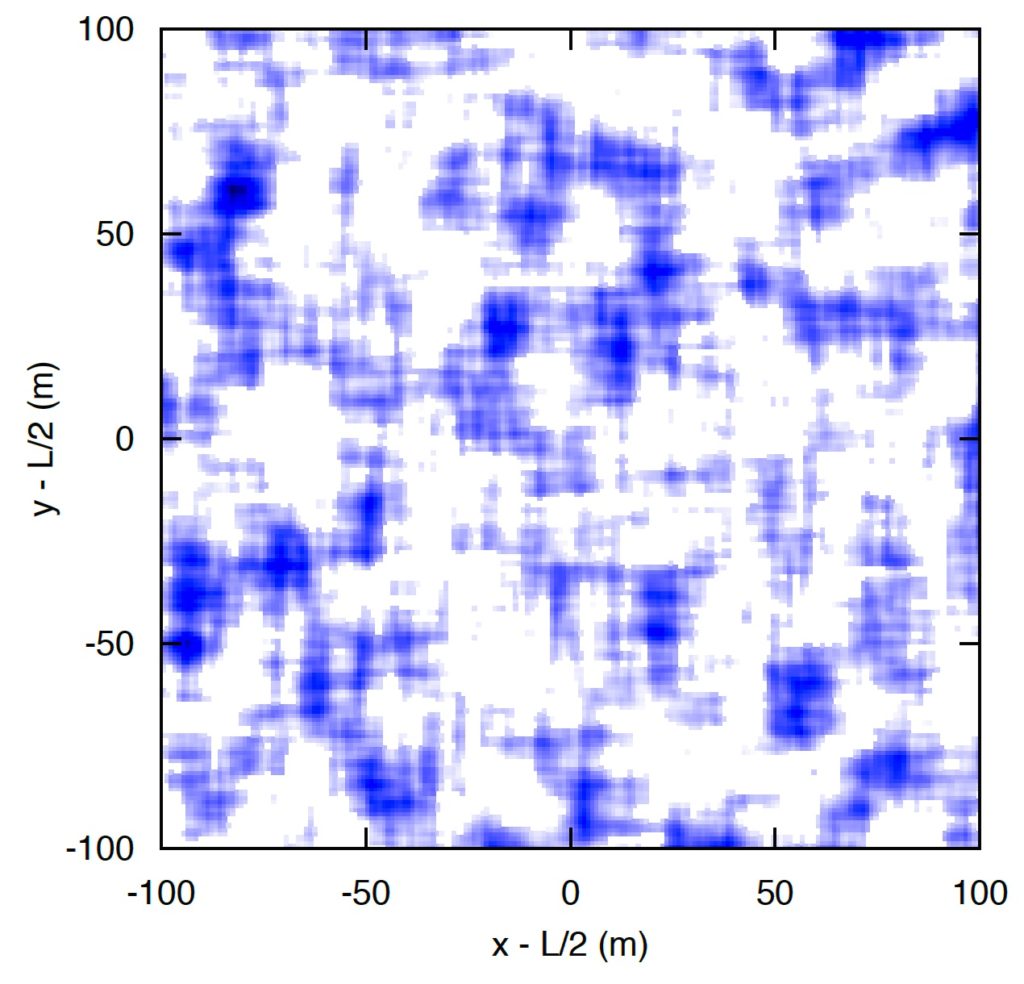 May, 21th 2018
Babak paper is published on Physical Review Fluids 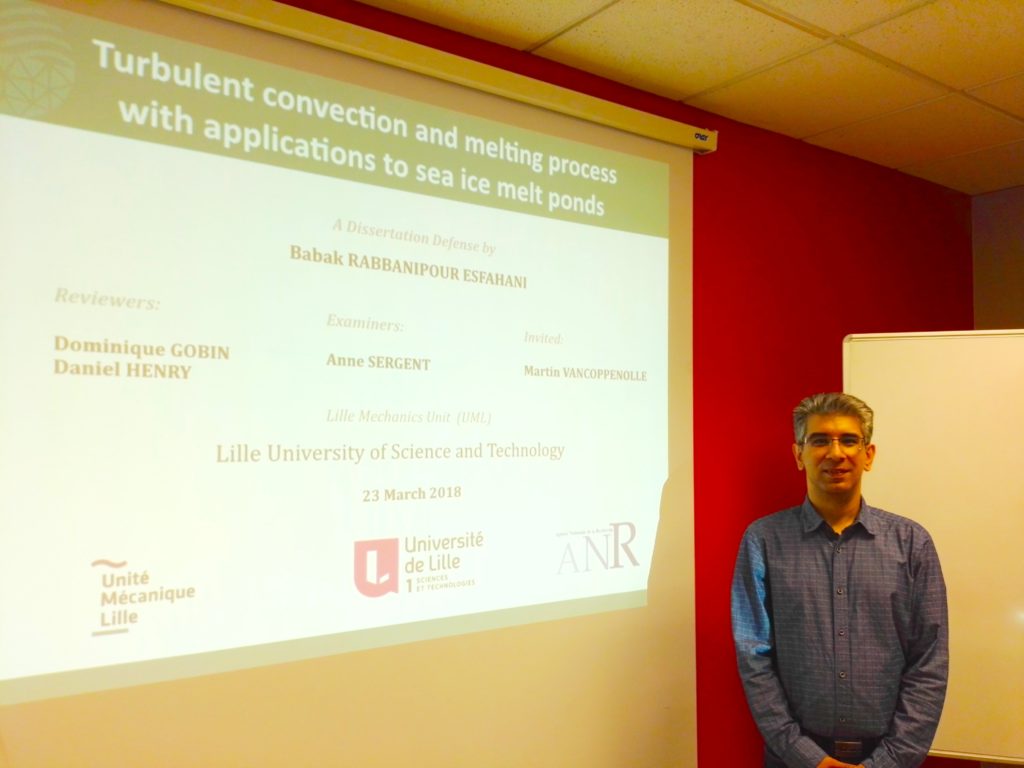 March, 2018
Thinking to larger scales: my agent based model of melt ponds dynamics developed with NetLogo is available on Modelling Commons [http://modelingcommons.org/browse/one_model/5336]

I suggest to download the program rather then using the web version.

The model is still simple and can be improved but retain several essential physical aspects, such as vertical and lateral growth of ponds.

Invited by D. Mansutti & A. Scagliarini

February, 2017
Enrico Calzavarini gives a talk at the Fluid dynamics and Interfaces Conference in Erlangen (Germany)

Going to Goettingen, Germany for the  “International Conference on Rayleigh-Benard  Turbulence” [conference website]

my talk   [Effect of external radiation on the RB system]

Workshop on melt ponds  in Lille

with Olivier Lecomte  [slides of the presentation]